Note: This project previously went under the working title "Anyone But England".

Logline: An Englishman, an Irishman and a Scotsman go to the World Cup on a do-or-die mission: find a wealthy buyer who will save their beloved football club from going bust.

Feedback: Saving Albion is a smart script with good pacing...heightened drama at the right points, and funny, poignant moments at others.  There is great comedic relief in this script.  Every character had a clear voice and backstory, even the secondary characters, which makes the story stronger.  There are a lot of set ups and payoffs throughout the script that were great callbacks...The ending is really strong...

You show fine skill in crafting a seemingly light-hearted foundation of caricatures and stereotypes into what is an earnestly fun story with a distinct sense of adventure. At the close of the story, we are not left with scattered elements of stereotypical portraiture, but with a collection of newfound camaraderie ...
(Source: Bluecat Screenplay Competition,  2012)

Summary:  The once-great Albion United is less than two weeks from going bust. A three-man delegation comprising: their optimistic PR Chief (English), playboy star striker (Irish) and pessimistic accountant (Scottish) is urgently dispatched to the World Cup to find a filthy-rich buyer who will save the club from extinction.

Whilst on paper this ‘dream team’ would appear to have all bases covered, they prove to be much less than the sum of their parts. Just like the infuriating England World Cup team, in fact.

The similarity doesn’t end there, as their results off the pitch ebb and flow in an imperfect sync with those of the inconsistent ‘Three Lions’ on it.

So when England suffers their ultimate knockout blow, what price our mis-matched trio snatching the unlikeliest victory from the snapping jaws of defeat? 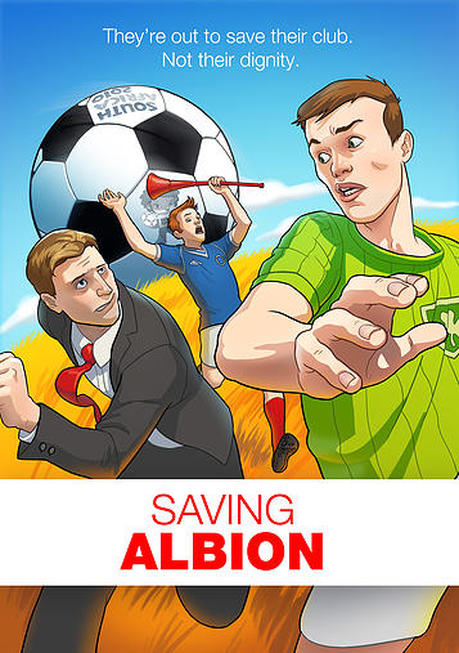